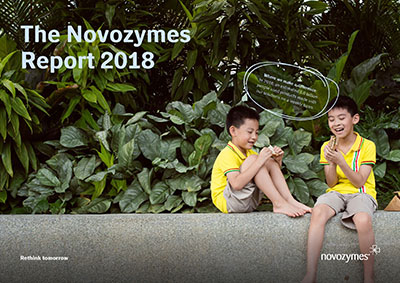 Novozymes’ remuneration policy for managers and other employees is designed to both encourage strong individual performance and support Novozymes’ overall value creation.

Remuneration consists of a base salary, pension contributions, a cash bonus and stock-based incentive programs. These components are linked to the employee’s individual performance and to the level of achievement of Novozymes’ financial, social and environmental targets.

The remuneration policy aims to provide managers and other employees with a competitive financial package, which we review regularly against external benchmarks.

Remuneration of the Board of Directors

The remuneration of the Board of Directors comprises a fixed fee and is not based on incentives.

The Board of Directors assesses the fees paid to the Board annually, based on the recommendations of the Nomination and Remuneration Committee. In making its recommendations, the Committee is guided by relevant benchmarks, including Novozymes’ peers in Denmark and the rest of Europe.

The Board of Directors’ remuneration for the year is approved at the Annual Shareholders’ Meeting.

Board members receive a fixed base fee. This was DKK 500,000 in 2018, the same as it has been since 2015. The Chairman and the Vice Chairman receive a fee that is three times and two times the base fee respectively.

The Board of Directors has the option to grant an additional fee to individual board members for extraordinary board work. No board members were granted such fees in 2018.

Remuneration of the Executive Leadership Team

The Board of Directors seeks to incentivize the Executive Leadership Team to ensure Novozymes’ continued positive development and, as a result, good value creation for Novozymes’ shareholders. The Board finds that the best results are achieved when a relatively high proportion of an executive’s total remuneration is dependent on the achievement of individual targets and on meeting Novozymes’ financial, social and environmental targets.

Compared with Novozymes’ peers, the variable part of the total remuneration (cash bonus and stock-based programs) is relatively high. This is because the Board of Directors sets the base salary for members of the Executive Leadership Team at a level that is below the average for a sample of comparable Danish companies. In 2018, the ratio of the Chief Executive Officer’s total remuneration to the average remuneration for employees was 55, on par with 2017.

The maximum annual cash bonus is equivalent to five months’ fixed base salary plus pension contributions. The amount of the cash bonus is dependent on the degree of fulfillment of:

The value of the three-year program was approximately DKK 162 million as of January 1, 2017. The value of the program corresponds to the aggregated annual remuneration of the Executive Leadership Team in 2017-2019 (base salary, pension contributions and maximum cash bonus).

Prisca Havranek-Kosicek will take part in the 2017-2019 Executive Leadership Team’s incentive program on a proportional basis from February 1, 2018.

The incentive program includes a maximum clause that gives the Board of Directors the option to reduce the number of stock and stock options allocated. The reduction can be implemented if the intrinsic value of the stock and stock options for the Executive Leadership Team totals more than DKK 303 million on the date in January 2020 on which the Annual Report for 2019 is approved.

The remuneration of Novozymes’ senior leadership (182 vice presidents and directors) is in line with the general remuneration policy.

Incentive programs for vice presidents and directors have been established covering the period 2017-2019.

The program for the directors is a stock option program that includes the same targets for organic sales growth and economic profit as the other programs. Furthermore, awards are linked to the achievement of annual EBIT and sustainability targets set for social and environmental performance.

Further information on the incentive programs for these employee groups can be found in Note 6.2 to the consolidated financial statements, which also includes an overview of outstanding stock options. 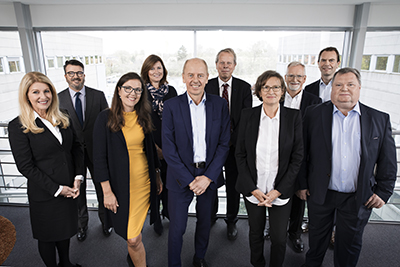 Meet Novozymes' Board of Directors. 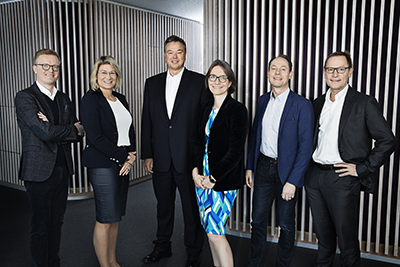 To calculate economic profit in the longterm incentive program, operating profit is adjusted for hedging results to eliminate the impact of currency fluctuations as well as for any impacts from major acquisitions and divestments. A fixed WACC of 6% is used throughout the program period.